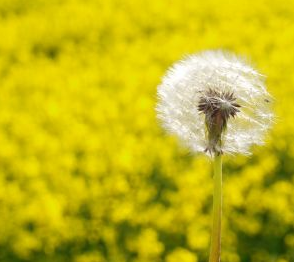 As the weather starts to warm, hay fever which is a seasonal issue, can turn what should be one of the most enjoyable times of the year into an itchy, runny, sneezy mess.

So, what is hay fever!

You have probably heard and perhaps even used the expression ‘hay fever’ without really understanding exactly what it’s referring to. Hay fever does not occur in response to hay, and fever is not even one of the symptoms! Scientists prefer the term “allergic rhinitis” to describe this allergic reaction, though many put this set of symptoms under ‘seasonal allergies.’

Itchy eyes, nose, throat or ears, a congested nose, sneezing, wheezing, hoarseness, irritability, and even hives are the most common symptoms of seasonal allergies. It can also cause coughing, sinus pressure or headaches, postnasal drip, decreased sense of smell, snoring, fatigue and even asthma. At first the symptoms may resemble the onset of a cold, but they appear only after exposure to an allergen.

While many sufferers have been dealing with this affliction since childhood, it is possible to develop hay fever at any age. Although it usually becomes less severe with age.

What Should I Avoid?

The culprit might even be inside your own home!

Mold also contributes its fair share of irritants around this time. Allergy-inducing molds may grow indoors and outdoors. The outdoor varieties can be found around rotting vegetation and logs, in soil, in compost, or on grains and grasses. They’re not producing pollen, but the spores contain proteins that can trigger an allergic response. The most common molds guilty of this are alternaria and cladosporium, both of which grow both indoors and out.

Then in the late summer into the fall, weeds start to pollinate, including the biggest offender: ragweed. It not only produces a ton of pollen, but its allergy- triggering protein is released particularly fast once the pollen enters the body. Because the plant flourishes in disturbed soil, it often grows in cities, where there is also a slightly warmer environment.

While your indoor greenery can improve the air quality in your home, certain plants produce pollen that can cause your allergies to flare up. During the season, the last thing you want is the same irritants indoors. Here are some otherwise lovely indoor flora you should avoid:

How To Avoid Seasonal Allergies

Knowledge is your first line of defense against seasonal allergies. If you’re an allergy sufferer, figure out what you’re responding to by paying attention to the time of year, time of day and what is blooming around you. Once you have a sense of the culprit and when it’s at its most bothersome, you can avoid being in proximity to it while it’s at its worst.

The above list of plants is another source of knowledge to tap, so avoid them if you are prone to getting hay fever symptoms, and if you’ve already brought some into your home, it might be a good time to make a change.

When you’re inside, keep your windows closed, and consider air conditioners or air purifiers to keep your home free of irritants. If you’re particularly sensitive, it might be wise to leave your outer layer of clothing in a separate room.

If you need to go outside at an inopportune time, wear sunglasses that provide a large area of protection. A little vaseline on the interior of the nostrils can help to catch the pollen before it wreaks havoc.

Eat Your Way Out Of Allergies

It shouldn’t be surprising to learn that making easy changes to your diet can combine with the tactics described above to help you avoid allergic reactions to all sorts of sources. Here are some effective suggestions:

On top of being an alkalizing food, mustard greens contain vitamin C and beta-carotene. They are anti-inflammatory and their nutrients help break down excess histamine in the body.

A firm believer of the old saying “an apple a day”, the healthful properties of this fruit are very real. Apples are a rich source of several supplements including a flavonoid called quercetin, which has been shown to stave off allergic reactions by “blocking” the release of histamines.

This popular spice contains a compound called curcumin that has been shown to keep allergic responses in check as well as reducing the inflammation that plays a large role in the discomfort of allergies.

Even though green tea is acidifying and contains some fluoride, when consumed in moderation, the antioxidant content of this soothing beverage makes it a good choice to help build bone. It also contains allergy-relieving, bone-healthy catechins. These compounds prevent the conversion of histidine to histamine in the body, reducing allergic reactions.

Probiotics are an important part of a bone healthy diet, have been shown by studies to improve allergic rhinitis symptoms, and thereby increase the quality of life of sufferers. This is an easy and useful solution because of the many significant other health benefits of probiotics